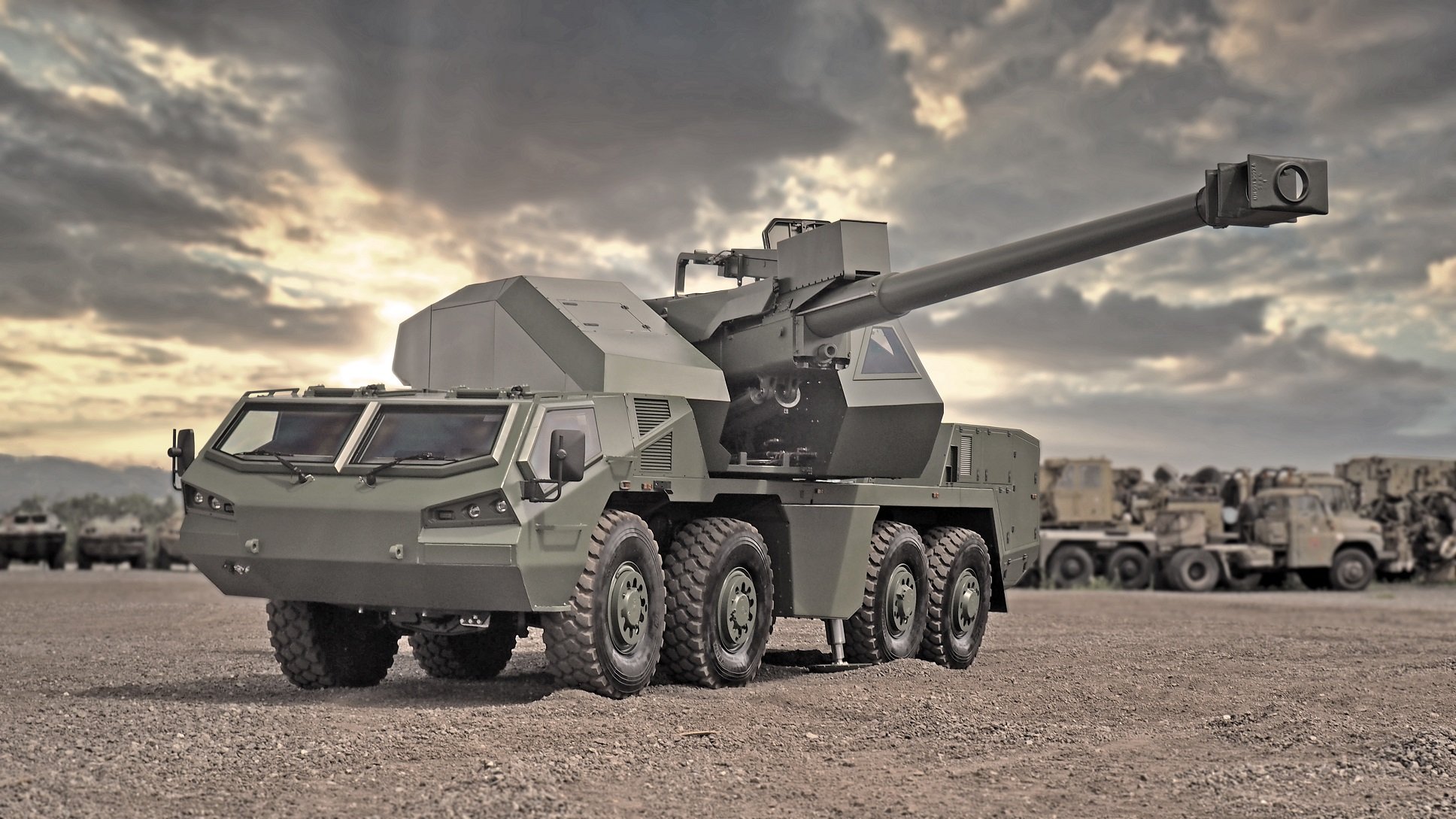 \ 155 MM CALIBER
Dita uses a standard 155 mm calibre ammunition on a gun of 45 calibre, easily available and providing range up to 39 km

\ MINIMAL CREW REQUIREMENTS
Thanks to full automation of the system, the vehicle is operated by a crew of only 2 - driver and commander

The 155 mm DITA self-propelled howitzer is a new modern artillery weapon using a NATO standard 155 mm ammunition. It derives from the original Czechoslovak concept of Tatra truck-mounted howitzers, but it takes the autonomy of operation to a new level. DITA offers an unprecedented rate of fire with only 2 members of the crew requirements – the driver and the commander. It features an Onboard Control System with high speed in taking up and leaving the firing position, great accuracy and excellent hard terrain crossability. The concept utilizes a fully autonomous superstructure so it is possible for the weapon to be mounted on a tracked chassis, too.

The superstructure is capable of autonomous operation and can be eventually placed on any other suitable undercarriage, wheeled or tracked.